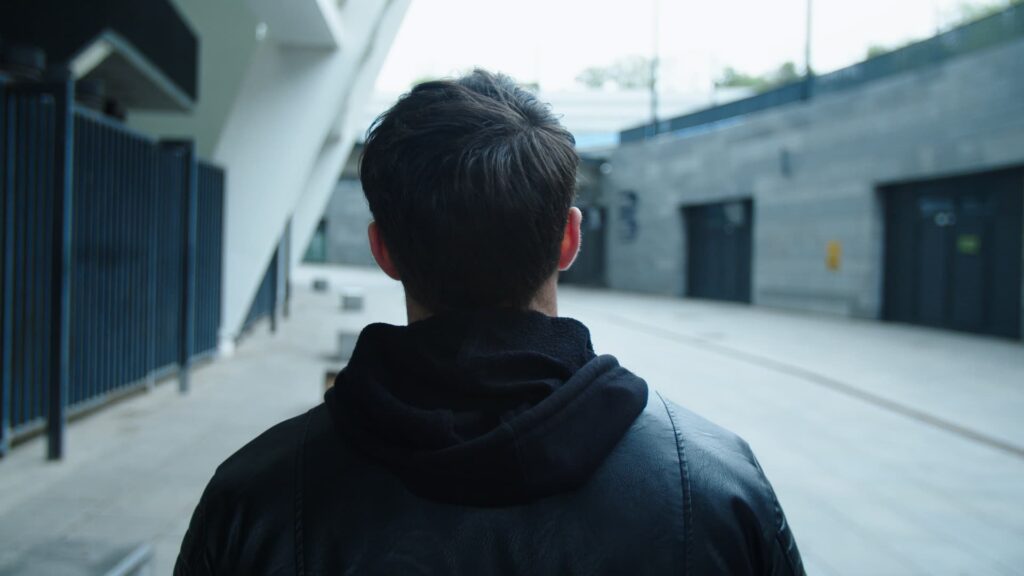 By rapidly providing secure housing with case management, Launch Housing is enabling people who have experienced chronic homelessness to regain trust with services, experience new stability, and ultimately exit the cycle of homelessness.

Sam’s support through the From Homelessness to a Home (H2H) program meant an interruption to the cycle of homelessness at a relatively early stage. With support from his H2H case manager, Sam has successfully maintained his first legal lease and is creating a life he is proud of.

22-year-old Sam left his family home when he was just 16 after experiencing a significant relationship breakdown with his parents. He initially lived with the family of a school friend but had to leave when the family moved interstate. At this point he had limited options.

“I guess after my parents kicked me out, I was pretty much in between couch surfing and squatting, living in abandoned houses. Then I was living in my mate’s van for a while – I was all over the shop at that time.”

Sam experienced many challenges due his lack of stable housing, ending up in dangerous situations, including rough sleeping. He was living in a house where there was drug activity when things took a turn for the worse and he was incarcerated for four months.

Sam describes his period of incarceration as a difficult but a valuable time to learn about himself. Transitioning back into the community wasn’t easy however, with Sam experiencing a period rough sleeping during the first Covid-19 lockdown. At this time, he was engaged by a Launch Housing outreach worker at the Melbourne Magistrates Court and supported into emergency motel accommodation.

Then in 2021, when Launch Housing became the largest support provider through the From Homelessness to a Home program (H2H), we assisted 420 households and individuals, including Sam, into long term supported housing.

“I was contacted by Launch and told I had been accepted for the Homelessness to a Home program. From there Andy [Sam’s case manager] pretty much offered me any help that he could provide at all times.”

Sam’s goal at the beginning of his engagement with Andy was to regain a sense of independence. He was eager to engage with the H2H program and was housed quickly in a property head-leased by Launch Housing. This was the first time Sam had his name on a lease – a big moment for him.

“From that point my life started looking up a little bit. And now I’m pretty much working and paying bills – all the normal stuff.

The Impact for Sam

Since moving into his new home, Sam has consistently paid his rent on time, managed household bills and sought out necessary items. He takes pride in his apartment and has made it a home, not just a place to sleep. He has worked in the same full time job consistently and his drug and alcohol use has significantly reduced.

“It’s a long time now that Andy and I been working with each other, and he’s helped with plenty.

“We would catch up around once a month at a cafe – I’d get a hot chocolate, he’d get a tea. I guess it’s just handy for him to be there for me because I haven’t spoken to my parents for two years. I don’t really have much support. It’s good to have him there, to have someone I can call and speak to if I need.”

Sam’s participation in the H2H Program has disrupted his cycle of homelessness.

“It’s given me a lot of independence – having my own private place. I think I feel more mature. I have more patience to consider and think about options and opportunities.”

With support from his H2H case manager, Sam has successfully maintained his first legal lease for almost a year.

While the journey out of homelessness is not linear, Sam’s story demonstrates the importance of housing first principles and how they can help reduce the experience and effects of long-term homelessness.

“Sam is a H2H success story and as his case manager I am proud of the progress he has made and his ability to accept support, as he was previously quite wary.

“Sam’s experience is a good example of how stable housing can be the building block to other positive changes. I believe the H2H program came at exactly the right time for him to avoid cycling through insecure housing options and further problems with the criminal justice system,” says Andy.

Sam is looking forward to creating further stability and independence in his life.

“I’m now able to sort out everything else, like fixing my credit history, being able to get my feet on the ground and start sorting out my future.

“I want to go and study some sort of engineering and follow that sort of career path. I applied for a course and I’m waiting to see where that goes.”

Back to impact report

Signup to our updates

Donate to end homelessness in Melbourne